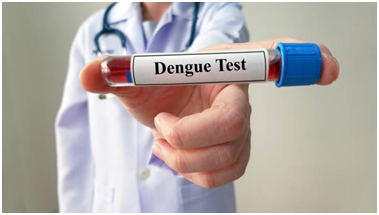 At a time when we seem to hear only about COVID 19, it is easy to forget about other diseases that have had, and will continue to have, far more impact on the human population. Unfortunately, those diseases, such as dengue, are not going to just go away for our own convenience. In the last couple of weeks, dengue has made the news for several reasons.

What is Dengue Fever?

Dengue fever is a viral infection that is carried by the Aedes mosquito. This is a disease that can be caused by any one of the four related dengue viruses. Often, dengue is also known as the break-bone fever because it affects the muscles and bones of the patient severely, causing a pain that feels almost like the breaking of bones. This disease affects people in many countries across the world, especially in South-East Asia, India, China, Africa, and Central America.

There are four distinct serotypes of the dengue virus (DEN 1, DEN 2, DEN 3 and DEN 4). The transfer of one of them via the female mosquito (Aedes aegypti) is the main cause of dengue. In rare cases, the virus can be spread via the white-striped body Asian tiger mosquito (Aedes albopictus).

It is transmitted from one person to another by the bites of Aedes aegypti mosquitos that generally acquire the virus while feeding on the blood of an infected person. The mosquito then can transmit the virus while biting a healthy person and feeding on his blood.  Patients who are already infected with the dengue virus can transmit the infection via the mosquitoes after the first symptoms appear during 4-5 days (up to 7 days).

Symptoms begin to appear 4-10 days after the bite from an infected mosquito.

Dengue causes flu-like symptoms and infection is suspected with high fever (above 40°C) and at least two of the following symptoms: